READ PART ONE HERE & PART TWO HERE!!!
“It’s Yours” 12” released in 1984 just as the Hip Hop market started to make the shift from a singles to album market, primarily courtesy of Run-DMC’sdebut album. Yet, T La Rock dropped four singles over three years without an album. 1987 would change all that with the crowning of the “Lyrical King”.

Although it was a bit of a long time coming, “Lyrical King” still shows some signs of being a rush job perhaps. It’s only ten tracks deep, which is very standard for the time, but not even all of those tracks rely on T La Rock’s most promising gift…the written and spoken word. “Three Minutes Of Beatbox” is a well-welcomed and amazing inclusion of Greg Nicedoing an excellent solo Human Beatbox routine. “Having Fun” and  “Live Drummin’ With The Country Boy” are both essentially weird long-form skits with no lyrics. Plus the album also includes the previous released “Back To Burn” and “Tudy Fruity Judy”, which is the extended version of his closing verse from “T La Rock Rockin’ The Party”. Strip those away and you really just have five new T La Rock creations to work with.

At the time, that didn’t concern me since the five offerings were all rather solid. The album opens with the title track, “Lyrical King (From The Boogie Down Bronx)” and is a slow and menacing Roland TR-808 groove. T La Rock just unleashes battle rhymes and makes his case for the crown. The production is rather top notch as well. The album is produced by Louie Lou and T La Rock(except for “Back To Burn” which is produced by Mantronik, who also has Co-Producer Credit on “This Beat Kicks”). The shining quote in the track is lurking near the end, “I am T La Rock, Rapper on It’s Yours/The record of the 80s which opened the doors/To a new style of Rap which is loved by all/Strong lyrics, no gimmicks, no Yes, Yes, Y’alls…”

“This Beat Kicks” was one of the singles and as the title suggests it finds T La Rock once again applauding the production skills of Mantronik. Remaining in that zone is “Big Beat In London” which is definitely comparable to “This Beat Kicks”, even without the Mantronikproduction. That’s partially because the writing is slightly better here. I’m assuming the title is inspired by the support and growing fanbase he was amassing overseas in what was probably the #1 Hip Hop market outside the United States at the time.

“It’s Time To Chill” gives T La Rock a platform to further expound on those positive thoughts and conscious ideas that he flirted with in various freestyle rhymes on his early singles. It’s basically a theme song for humanity to come together in solidarity to overcome all obstacles: racism, drug dealers, neighborhood thugs, government war interests, etc…

In terms of lyrical masterpieces, that is masterfully and undisputedly achieved with “Bust These Lyrics”. A very strong argument could be made for this being the most lyrical song of T La Rock’s career. Before I defend that theory I have to recognize the rugged production. The drums are like a jackhammer at half-speed. The sampled pieces from the intro of “It’s Yours” and the repeated vocal sample infused into the beat can be symbolic of the screams and yelps of the competition as T La Rock verbal assaults relentlessly. All of these theories are adequately explained in the hook, “Hard Rapping, Funky Beats, Def Scratching, No Gimmicks/Put your ears to the speakers and bust these lyrics!”

The first verse tackles a subject that he had covered in bits and pieces previously, but gets deeper into the root of it and the emotional aggression that it ignites. Imitation is not always a source of flattery as The Supper Rapper contends, “I’m attacking weak Rappers, periodically destroying/T La Rock, imitators have become so annoying/I Turn on my radio which I keep on the shelf/Every station I turn to I keep hearing myself/I hear myself on records I never made/I’m not dumb my mind is sharper than the butchers blade!”

His second verse has him visiting his abstract prose approach where rhymes intersect at non-traditional intervals for a couple bars before reverting back to stringent rhyme tactics, “I use the mic like a belt, beat Rappers like children/And then I condescend/Graciously pretend to step off, though I may pretend to be thru/But this part of my strategy/This illusion-ing with pre-planned tactics/Will protect myself like you do with prophylactics/Ingenious ideas to despair my foes (?)/I stalk em and hawk em no matter where they go/I’m the notorious fear inflictor/I’m the mongoose, you’re the boa constrictor/I’m good, you’re garbage, we’re easy to distinguish/I will be the victor, you prefer to relinquish (?)/Huh! I’m ready to commence annihilation/My mind is now morbid, there’s no rehabilitation/I’m a Rapper killer with the strength of a gorilla/A brutal slayer, clone of Attila/The Hun, you better run, punk flee while you can/My orders to kill, there’ll be no count demands/I’m entering the boundaries of insanity/Grotesque actions altering humanity/Disgusted to the fullest at all enemies/Bold Rappers who dare battle me are a tease/I’m a professor of war, honorable veteran/Strategy coordinator, acute Militarian/Profound I’m bound to increase in my strength/And definitely there’ll be no lengths/Of you s**t talking Rappers who don’t even know me/You’re as fictional to me as Obi Wan Kenobi!”

That verse blew my mind in ’87! It still blows my mind now! There are so many great quotes in there. Every time I heard the "Mongoose/Boa Constrictor"comparison I remember this childhood cartoon, perhaps the same thing that inspired him to write it. Then we goes into the darker imagery, which hadn’t really been explored quite this detailed before in battle rhymes, he gets graphic with visions of being the clone of Attila The Hun, killing with zero concerns for body counts, and partaking in actions that can alter humanity. SAY WHAT!! Then he closes it off with a excellently used multi-syllabic scheme of "...Know Me/...Kenobi", to satisfy the MC as well as the Star Wars nerd in me. This verse was a huge influence on me and is one of my favorite verses of the 80s.

Not surprisingly, nothing else in this song reaches the same heights of that verse, but the closing ceremonial words achieve poetic excellence of their own merit, “I have un-measurable power, unbelievable force/I bring more pleasure to the mind than sexual intercourse/Rhyming is my specialty, Rapping I’ve perfected/Considered dead Rappers I seek-ed and resurrected/That climax of my power is beyond extreme/I have the mind of a scientist to program dreams/Like a magnet I attract, keep jams well packed/Like a hypodermic needle my lyrics extract/All bad thoughts, repulsing ideas/Anxiety ??? I stimulate like beer/Most lyric writers are well out of my league*/Like history…all my lyrics intrigue/The thought of Rap on the air was considered remote/If you had leukemia there was no antidote/As the world evolves many problems are solved/To keep this good thing going I’ve become involved/Join with me, Lou, and Greg, my comrades/As a team our dream is too make you glad/Remain a part of the Hip Hop world/That goes to every man and woman. Every boy and girl!((((((((**“

T La Rock’s first release after “Lyrical King”was the “Love Blind” 12”. I think it’s safe to assume that “Lyrical King” was not considered commercially successful, perhaps even a flop in terms of sales. The next several singles had T La Rock experimenting with some different options and sounds in what seems was a plan to increase record sales and probably maintain a record contract. “Love Blind” sounds just like you might guess. It looks that way too, the front cover has T La Rock nicely dressed with a woman sort of glaring at him. Musically, it’s a slow and sentimental track*** with some female sung vocals and T La Rock professing his love for a young lady. All is not lost though. The flip side is a worthy battle rhyme titled “Runaway”. T La Rock’sapproach is a little more reserved than usually in terms of his delivery, even if the rhymes are rough. There’s one edited part of the song that I always wondered who it was directed at, “Your name is (Beep), but it will soon be Judy!” I always assumed it was “James” and it was a shot at LL, but that is just a wild guess at best. The choice moment is the third verse, which showcases that T La Rockhasn’t lost his fire****.

The next three T La Rock singles were produced by Toddy Terry, mostly known for his work in the genre of House and Dance Music, which actually does make sense. T La Rock’s most famous producer, Mantronik, eventually shifted his career heavier to the dance side. His DJ/Production partner Louie Lou also ventured off into the dance arena as well. On the flip side, Todd Terry also had a great understanding of raw underground Hip Hop which was evidenced on his production (along side Kenny Dope) of the gritty Kaos “Court’s In Session” album in ‘87.

The next single found T La Rock returning closer to his roots with “Flow With The New Style” b/w “You Got The Time”, with both tracks keeping focusing on quality battle rhymes and lyrical aggression for the most part. However, the next couple singles yielded another love song (“Come And Give It To Me”), a Hip House Track (“Housin With The T’s”), and a battle rhyme (“T-N-Off”), but with a slightly New Jack Swing-ish beat.

His second album, “On A Warpath” didn’t get an official and proper release. Although it wasn’t as verbally powerful as “Lyrical King”, it had some shining moments, such as the title track and a couple others, but half the album consisted of those songs listed above from the last four singles.  Also, around 2000 a vinyl LP came out called T La Rock “The Lost Tapes”, that contained some lost demos that had some notable moments as well.

Unfortunately, T La Rock’s career was further thrown off track by an assault that left him suffering some brain damage and hospitalized for quite some time. He eventually returned to the scene on the underground and started to work on more music. Actually, some of the stuff I heard in about 2000 or so was better than the many of the last batch of tracks from the late 90s. Essentially, T La Rock has a natural gift for writing rhymes and when properly focused he’s still able to execute this skill. In terms of his legacy, T La Rock is a lyrical legend whose influence is massive and immeasurable, yet his name doesn’t get the proper praise and credit it deserves. This 3-Part post is my contribution to help combat that.

Written By Kevin Beacham, A Student of The Lyrical Lessons of Super Rapper T La Rock

*I may be mis-hearing this quote, but if it is as reads I think he’s stating the opposite of what he intended. In general some of the lyrics in this song were hard to clearly decipher, so I did the best I could and put “?” where I had the biggest questions and there’s possibilities I mis-quoted elsewhere as well.

***The track could actually easily be flipped into something a bit more menacing and dark due to the heavy drums and somber keyboards. I know this because sampled it and did just that. I was so disappointed when I heard it that I wanted to make some from it that I could appreciate. I never recorded the song unfortunately, but you can safely assume it was hardcore…ha. 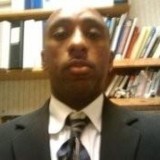 Yo this was a great 3 part article. I’m from Miami and have been speaking on T La Rock for years also note that Miami Bass was heavily influence by the single It’s Yours to the fact that a lot of the early records cats were flowing like T La Rock.