When I first heard about this book I was super excited! The SP Legacy is also a part of my own history. Once I graduated from the limited, though pivotal, functionality of the Casio SK-5 Sampling Keyboard, I learned the true art of sampling on a SP-12. I got mine, by chance, one day in the Fall of 1990. While marveling at equipment in my neighborhood Guitar Center, like I was often prone to do, I spotted a SP-12 just being added to the "Used Section". I had never seen one in real life so I was beyond intrigued. Mind you, I didn't even realize there was an option of a SP-12 and a SP-1200. However, when I saw that $439 price tag I knew I had to have it. I went on a instant mission to break the bank, borrow and whatever else was needed to be done and a few hours later I was walking out the door with my SP-12 in hand.

For the next several years I spent countless hours in front of that machine and if I have anything to say about it, I kinda did my thing and was only getting better with time... :) Around '94, I started managing and co-producing a young High School group named Mental Blokc, which had Jel as a producer/DJ. When E-MU Systems reintroduced the SP-1200 in the mid 90s, Jel got his hands on one. He disappeared from the scene for a few weeks, save a couple phone calls for some quick pointers, then re-emerged as a master of the machine! From that point I slowly stopped making beats and instead went to Jel for beats when needed...a story which is touched on a bit in the book itself. Although, I had slowed in my usage of it, the SP-12 is one of the most prized pieces of equipment I ever owned, right next to my Roland TR-808. I'm still quite upset with the fact that someone borrowed it and never returned it, that's another story....

As for this book, it is the real deal official! It is stamped as "Approved By E-MU Systems"...the monsters creator. The book looks great from the layout, the text, the photos, and everything else. The amount of detail assembled here is astonishing! There's info from the creators of the SP-1200. There's all the schematics and a full users manual. There's repair tips. There's user tricks. Essentially every aspect of the SP-1200 is outlined in vivid detail. There's also some history and photos of other key drum machines/samplers such as the Roland TR-808, Drumulator, Emulator, Oberheim DMX, Linn Drum, and MPC-60.

The early chapters mainly deal with the history and functions. A little over half way through it gets to some fun stuff, such as a list of people who have referenced the SP-1200 in lyrics and then over 30 interviews with certified SP-1200 enthusiasts who consider or considered the SP-1200 their "Weapon Of Choice". Interviews include; Showbiz, Lord Finesse, Ski Beatz, Buckwild, DJ Jazzy Jeff, Joc Max, DJ Spinna, E Swift (The Lixx), Easy Moe Bee, Gensu Dean, Grap Luva, Insight, J Zone, J Force, Jel, Kenny Parker (Boogie Down Productions), Lewis Parker, Nick Wiz, Rahzel, JS-1, Toddy Terry and more!!! At a glance, it seems like you only need a few more names and you would have testimonials from all the most essential users of this historical machine; DJ Premier, Pete Rock, Large Professor, Ced Gee, and, of course, Marley Marl. For an extra touch of class, the book is dedicated to the late great Paul C, certainly one of early masters of the machine.

I enthusiastically applaud 27Sens and PBody for putting together such a enlightening, reflective, detailed, and slick looking book. It's such a impressive piece, I had to buy one to read and one to archive. If you are a gear head, producer, producer enthusiast, or a 80s/90s Hip Hop fan, then this book has more than plenty to keep you entertained.

This was on the original demo they gave me and was the main track that encouraged me to manage them. I was impressed how JEL had made this great and original sounded beat, with a Parliament sample none-the-less. We just re-did it on the SP-1200 and added a few tings!

Despite having lots of songs produced and most of them written, the group didn't get much professional demo recording done. At the time, my home studio was dismantled and for whatever reason we never got in anywhere else except to do this. It was done in a studio in Libertyville, IL via a connection with rock band Stifle.

Once Jel got his SP-1200, he was knocking out beats non-stop. He was doing so many he couldn't keep enough disc to save them, so he would make new beats and then erase something great from last week because he needed the disc. It drove me crazy so I started to take the disc and keep them so he couldn't erase them! I still have about 50 disc of his early beats, plus a handful of beat tapes. This was one of my favorite beats from his early batches of beats.

Since I was hanging out with Mental Blokc a lot of the time and had just started my radio show, Time Travel, Vybe (one of the MCs) became my co-host on the show. Jelwas like a silent partner. He was always there, behind the scenes, giving feedback and ideas. He was also great to have around to do exclusive remixes for the show. He did a handful of remixes for the show and unfortunately I can't find the master tapes for any of them. To get most of them I had to go to recordings of the on-air show and dub them, which is how I got this Kborne Remix. He also did remixes for: Ras Kass-Anything Goes, Aceyalone-Mic Check, Redfoo & Dre Kroon-The Freshest, Unspoken Heard-It's About Time, etc...

Aliyas was a short-lived project that was born from us going out to Scribble Jam and making some connections. The MCs were Vybeof Mental Blokc and Deyme 1 (later known as Plead The 5thwith Weightless) with Jelas Producer and Mr Dibbs as DJ. It was a ill combo. They completed a 3 song demo, but not much came of it. One of the other tracks got played on the Stretch Armstong Show once and that's it's biggest claim to fame I suppose. However, it was a solid demo. 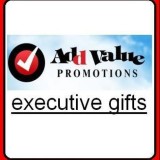 I wish that an andoid or an  iOS developer releases an app for the tablets  that is 100% replica of EMU SP1200. I am sure that it will sell like hotcakes. People loves the grit of this iconic machine.

Indeed. I’m still hopefully that one day I will own a original SP-1200. It’s one of the things that I really want to own in life…