This 1998 mixtape was recorded early on in my “official” start of a DJ career, which took place after a decade or so of “dabbling”. On the cover it says “The DJ is…A MC?” That was because when I started the mix I didn’t have a “DJ Name” so it was a play on words, being I was known as AMC and that fact that I was recognized more as “An” MC rather than “A” DJ… However, right as I was finishing the mix, I came up with Nikoless Skratch as a name, which is filled with several metaphoric and ironic meanings that I know I’ve explained on the internets before, so in interest of not repeating myself too much…

I started the “Applied Theories” Mixtape Series as a direct result from some serious issues I had with the state of DJing at the time (see below for more on that). The mission was for each edition to cover a specific topic.
Volume One is all about “The Art Of Blending” and/or transitions. I tried to spend time making sure each transition was done smoothly, musically and clever whenever possible. There is a focus on the meshing of instruments/vibes, accurate musical counts, and being conscious of lyrics when blending.

The result was a limited edition home-dubbed 90 minute Cassette, featuring artwork from DJ Stizo, with Hip Hop ranging from ’85 to the ’98, hardcore to the abstract, slow to fast tempo, indie to major, and everything in-between.

No long after, the popularity of the Mix-CD took over. I contemplated several times reissuing this on CD(s), but never did. Then when the Digital Mix D/L age came into play, I set things in motion a few times to do that as well, but nothing ever fully developed. When I decided to start this new column, I figured it would be a great starting place. I think one of the reasons I was reluctant to re-release this is I now “cringe” at some of the content on there...not that I agreed with it then either, but just didn’t think about the power of words in the same way that I do now**…

In 2002 I released the second in the series, “Turntable Of Contents” and part 3 in 2004, “This Is Where You Got It From”, both on Rhymesayers Entertainment***. A little known fact that all 3 mixes where intended to connect like a puzzle in the way the end of the previous series connects with the start of next…get them all and peep! I’ve been putting off recording the 4th in the series for many years, perhaps this will inspire me to finally get it done.

ORIGINAL ARTWORK: It is meant to be printed on "Purple Cardstock" if you want to keep it official!

*I started DJing officially in ’97 and did a variety of shows, and mixtapes, but didn’t have any turntables because I couldn’t afford them. I actually didn’t finally get turntables until I moved to Minneapolis in 2003.

**Just a warning that unlike the other two volumes that are pretty much profanity free, this CD gets pretty explicit so put the kiddies to sleep or kiddies make sure the parents or sleep…

*** Both “Turntable Of Contents” and “This Is Where You Got It From” are still available at
www.fifthelementonline.com

As for why I started DJing and what inspired this Mix:

Although I had been buying records since age four (’74) and amassing a pretty impressive collection I didn’t consider myself a DJ until much later (‘97ish). However, some of my most influential mentors were DJs and I always had a very skilled DJ in my crew that I would spend hours, just watching them practice and being amazed.
In the mid 90s, as my dreams of being a rap star started to dwindle and shift, I noticed a trend that was exciting and disturbing at the same time.

The technologies and industry practices of the 80s and early 90s had not only shifted the DJ from prominence in Hip Hop, but also seemed to be dead-set on eliminating their participation all together. A disappointing amount of MCs replaced their Live Show DJ with a DAT machine. Meanwhile the painful popularity of chorus chants, often yelled, or the opposite effect of R&B song hooks, had replaced the scratch techniques of the DJ. Not to mention the commercial push of CD sales, limiting and sometimes eliminating the vinyl versions of albums. It was a sad state of affairs.

However, contrary to popular belief, Hip Hop does not die, nor does its traditions. In wake of all this, DJs went underground to reclaim their mad scientist title and came up with some of the most incredible advances in DJ Culture we have ever seen. It was the emergence of such legendary names as: The X-men (a.k.a The X-ecutioners), Invisibl Skartch Piklz, Scratch Perverts, Beat Junkies, etc… It was also the creation point of notable techniques such as Beat Juggling and an array of high tech scratches (flare, crab, etc…), to name a few things.

This explosion of techniques was mainly introduced on the rapidly growing DJ Battle Circuit (DMC, ITF, etc…). However, it also resulted in DJs not needing to rely on MCs for record deals, as they were now getting their own contracts and making complete turntable produced albums.

Yes, all of this sounds great, but there were consequences. All of this influenced a heavy wave of new aspiring DJs. However, the majority were only interested in the technical aspects and not the musical ones. I repeatedly went to parties with brand new DJs who had one or any combination of these issues:

-They were mainly only armed with DJ Scratch/Break records and would spend their whole set doing live scratch practice. Often not even having the decency to stop cutting in time to change instrumentals, but just allow it to end and pick up the needle and start it over again

-Many who did also choose to incorporate actual songs in their sets were all to eager to get each track on right away so they could grab their break record to scratch thru out the whole track, even over the vocals. Ah, so tasteless…

-In terms of transitions, it was a variety of train wrecks. Some no blending at all. Others understood matching tempos, but not the idea of musicality, including where the “1” is on a beat. Knowing the records, a key asset to the DJs was pretty much out of the question, which resulted in cutting off songs in the middle of verses and all sorts of other audio nightmares.

Eventually, I had all I could take and decided if I was going to continue to go out to these parties/shows I might as well put my record collection to use and DJ at them as well. I didn’t have turntables* so I would just figure out blends and sets in my head, my key weapon was how well I knew all the different aspects of the songs. Also, I would go to fellow DJ’s houses when I could to do a little practicing here and there. Some of my most useful practicing came from recording Mixtapes.

MIXED REVIEWS: Will be an on-going column dedicated to dropping ‘90s mixes that were mainly available on cassette tape. Expect joints from myself, my crew, close associates, as well as some of the heavy hitters and unsung heros...

[…] ton of other less musically related titles that are just as impressive… Where was I? Oh yeah, Applied Theories of Time Travel is a free download from Fifth Element’s Blog. This mix contained the likes of what made the […] 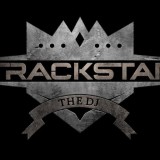 Dumb hyped. This is a classic, and a huge influence on me, then and now.